From Partly in Riga 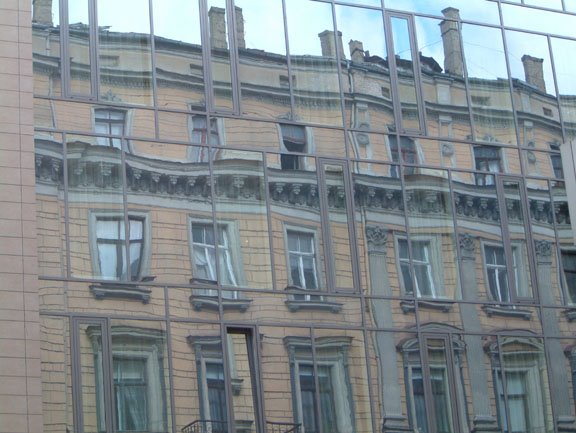 The Concrete Trick
or
Building a nation

The desire of to create
a smooth surface
beneath which the fault lines
of state lies, the
oxidization of reinforcing
the party line smoothed over.

Sufficiently poked the cream
rises to the surface
the gritty awkwardness of
everyday life cushioned
between the fine liquidity
of a wet mix. 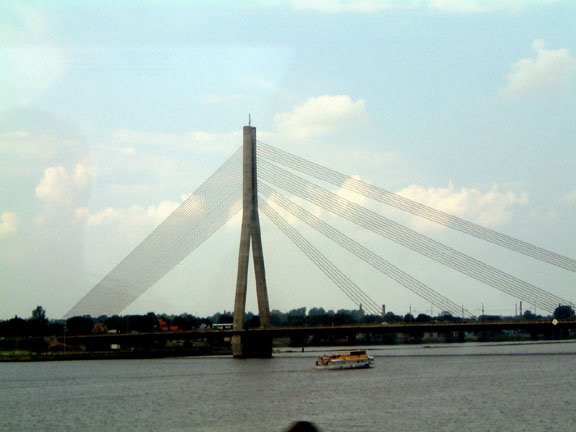 The trick with concrete
is to build as tall and thin
as gravity and material
integrity permits.

If it appears to soar into a
clear blue sky it can
conceal its materiality, 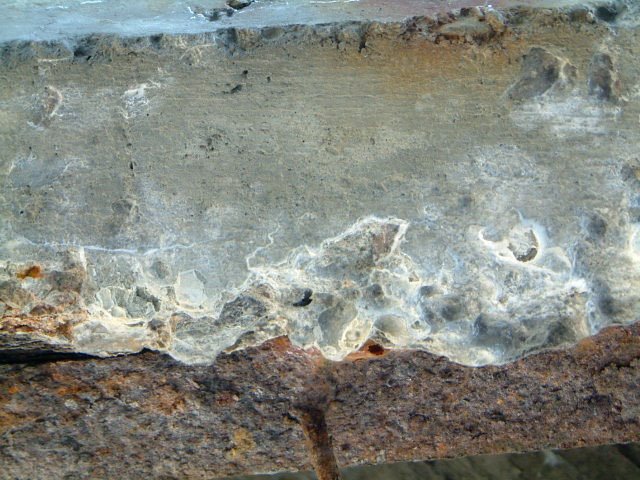 are all invisible from
a sufficient distance and
in the heat of regeneration and
from the transcendence of
polished steel and smoked glass.

Following the baroque twists I become lost in its complexities. While female figures might support balconies, a useful function, other decoration is simply stuck on, like icing on a cake. I become absorbed into the surface, a surface which supports a variety of organic growth. Neglected art nouveau building soon have trees growing out of them.

The pouring of concrete into wooden formers and its working with 'pokers' produces a smooth surface in which the smaller particles fill up the voids left between the larger particles. From a distance the surface appears smooth and impenetrable and can soar into the sky. Concrete structures, made of sand, gravel and cement, are reinforced with metal rods, which rust over time, blowing away part of the surface as the oxidization process makes the metal expand. They have the source of their own destruction built in. Moss can also grow on the surface of concrete.

Buildings made of steel and glass do not show change. They are designed not to weather, but to maintain an impervious surface. They reflect back our own vanities, that we do not get older and look older. They show no evidence of work on the surface, no discernible craft. They just appear. Older, surrounding buildings are reflected in the steel and glass; everything bounces back. 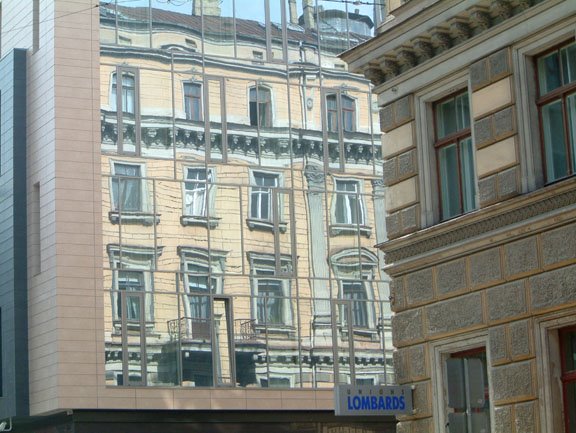