Eric Mottram, Towards design in poetry 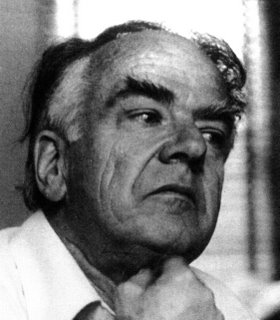 This is a long essay first published in 1977 now with a new preface from William Rowe, who says: "There is no overall linear argument, but rather blocs of densely detailed material in shifting relationships to each other. [Mottram's] preference was that the ideas should be conveyed by the relationships between the material rather than expressed as 'theory' or narrated as an argument." The essay presents us with a series of constellations, a quotation, an assertion, an enthusiasm, a link between contemporary works from different parts of the world, another quote - the effect heady & optimistic. It begins: "The publication of poetic experience usually involves choice of notation."

There are many parts of the mobile which are unexpected, such as the quotation from Walter Pater applied to concrete poetry, or Buckminster Fuller on the movement of God, "What did man mean when he said Up?" When attacking the "current Establishment conception of poetry", Mottram seems to take on a little of the amused attack of Wyndham Lewis, from whom there are long quotations, including: "Beauty is an icy douche of ease". This icy douche is applied by Mottram to the bases of "power" in the Establishment as a classicist, Horatian testament. But Mottram doesn't particularly dwell on this depressing analysis, and within two pages he's off to Pablo Neruda's "Ode to my socks" via Barthes, Williams, Emily Dickinson, Lao Tsu, Rauschenberg and Cage:

[...} Violent socks
my feet were
two fish made
of wool,
two long sharks
seablue, shot
through
by one golden thread,
two immense blackbirds,
two cannons,
my feet
were honoured
in this way
by
these
heavenly
socks....

As John Cage says, "Everything, a pair of socks, is appropriate."

One thing I noticed: There's an interesting thread of comments on alphabets, where taking apart, renewing, reforming the alphabet is the necessary first step - as a release from referential burdens, the appearance of "non-semantic vocables" - and-or as Mottram says "Gesture in poetic performance moves between alphabet and dance: it is part of place, notation, logos for the poet." Then it's a quote from J.P.Ward's From Alphabet to Logos (1973): "The alphabet is the lowest common factor of the written language. In its twenty-six letter forms are the complete physical symbolic materials from which all written language and literature are made, and to which those may be reduced." ABC In Sound... And Rachel Blau Duplessis says (somewhere in Drafts) that the alphabet is a lintel...

Between alphabet and dance, coming & going but never beginning or ending, as the saying goes, this essay designs. As one of the conversationalists in Robert Kelly’s conversation for Eric Mottram says, “The man has built a huge critique of the society in which he functions, and built it while he just seems to be writing poems of place, talking about young poets, American literature and other innocent things.”