What is a "phase-shift poetics"? 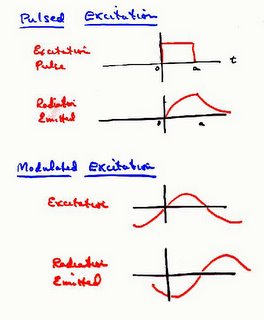 The idea of a phase-shift is adapted from physics (see figure above) and is used all over the place. A phase-shift in perception. Phase shift on the turntables. It can become a way of simply extending "alternatives" between more than two streams without quite meaning "oscillate", because the points dart about. Musicology has taken up the phase-shift idea, Stravinsky’s Rite of Spring being a classic phase-shift piece.

So three metric effects clashing together could be "phase-shift metrics", a way of describing a heard dissonance. Here is Clark Coolidge's "Noon Point" (1978-1981)

I think I wrote a poem today but I don’t know well.
Though well do I seize the trees shakes but am not given pause.
The lights are every one of hem out, we see it all so well.
Nothing is taken care of, everything lies.
Everyone rise.

where the very lyric movement could be characterised as "phase-shift lyric", where the noise contains this shifting, between referents, lines, patterns; the poem, here, has not disintegrated entirely – it still has momentum. There are still phases.

There's a certain Slant of light,
Winter Afternoons —
That oppresses, like the Heft
Of Cathedral Tunes —

Heavenly Hurt, it gives us —
We can find no scar,
But internal difference,
Where the Meanings, are —

When it comes the Landscape listens —
Shadows — hold their breath —
When it goes, 'tis like the Distance
On the look of Death —

This is Emily Dickinson's Poem 320, in which Robert Howard finds a synecdoche for a phase-shift of self: "What is most striking about this poem is its atmosphere of nearly perfect silence. There is the silence of the winter landscape. There is the silence even in the analogy to cathedral tunes that oppress not so much by their sound as by their 'heft,' their mass (like the physical sensation made by a church organ; the sound waves attack the entire body, not just the ear). There is the ecstatic silence of the 'heavenly hurt' — a wound that leaves no scar but brings about a purely internal phase-shift of perception 'Where the Meanings are.' And there is the silencing implicit in the 'Seal Despair.'" The phase-shift opens up, here by exploring sound, as the person falls in at least three directions, the multiple phases of a wound.

What constitutes a phase-shift depends on the initial model. Irregularities in the phases of a metre could be described as phase-shifts. Shifts in a sequence, such as the literary modes within a novel, the "levels" of parody in a film, could be phase-shifts. Allen Fisher is writing about Redell Olsen's "The Songs of Minimaus", Song 1, from her "Minimaus Poems". The song begins:

you islands, of men & plants

So this is phase-shift poetics closer to the electrical phases, but generating extra-electrical, recombinant currents. As with the lyric phase-shift it seems familiar as a strategy. It certainly bored a waspish Martin Stannard: "I mean, how often have you come across something like this by an innovative poet:

which then becomes, further down the page

you is land of me & plants

etcetera. Yawn." Here, Stannard stands in as the "zero phase shift mirror" familiar to anyone who spends any time with lasers.

One reason, I think, why such strategies appeal, is because of the peculiar force, the opening up: where a linear sense is received as blunt and violent, this kind of writing breaks it down in shifts, can move towards a new reception. One goes back to Paul Celan's modulations, his engagement with the Song of Songs and with the shifting of sounds rooted in air:

Comments:
I like the "phase-shift" idea very much. It strikes me as a major mode of "analytical" poetics. More examples, please.

I've wondered about writing further notes on this, but so far I'm not sure which of the directions hastily sketched might be most fruitful. Otherwise I'll get lost!