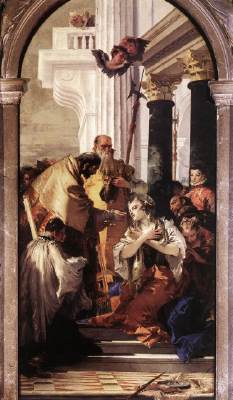 
St Lucy's Day, 13th December, is the shortest day under the unreformed Julian calendar, the winter solstice, when the sun enters the sign of the goat. In Gabriel Josipovici's novel Goldberg: Variations, a book full of insomnia's waking sleep, bedside conversations and heavy drapes, Goldberg is before the King, who has set him the task of speaking on 'A man who had enough wanted everything and as a result was left with nothing.' Goldberg begins: "In one of his most beautiful poems, he began, John Donne wrote as follows..."

'Tis the yeares midnight, and it is the dayes,
Lucies, who scarce seaven houres herself unmaskes,
The Sunne is spent, and now his flasks
Send forth light squibs, no constant rayes;
The worlds whole sap is sunke:
The generall balme th' hydroptique earth hath drunk,
Whither, as to the beds-feet, life is shrunk,
Dead and interr'd; yet all these seem to laugh,
Compar'd with mee, who am their Epitaph.

The world is whole, and its sap is sunke; the universe is a tired, mournful beast. "'The year's whole sap is sunk ... as to the bed's feet, life is shrunk, dead and interred.' No one but Donne, Goldberg went on, noting that the King had closed his eyes and was lying back in his deep red chair as though himself sunk in sleep, no one but Donne would have thought of such a comparison, and no one but Donne would have had the daring to compare the apparent death of the entire world to the feet of a bed" and so on, as literary criticism performs the work of a lullaby, down will fall text, towards the sleep of a set meaning and all. "The image works, he said, not because it presents us with a stark visual image but because the associations of the word 'bed' and of the word 'feet', thus brought together, combine to convey a particular feeling." Ah, sweet yawn. "Study me then," says Donne, and we do.

Geraldine Monk has treated the Nocturnall as a frame-work, "A Nocturnall Upon S. Lucies Day Being The Shortest Day" (full text at link, top left of contents page) by Geraldine Monk and John Donne.

Tis the yeares midnight,
it is the dayes, Lucies,
who scarce seaven
hours
herself unmaskes.

So place Iraq
ever-so-gently
into a state of
pending

The first two lines of Donne are re-lineated, as if a power has pushed into them, before "So place Iraq" is introduced: the drawing in of a deathly, pall-like world in the original, is now made to be a sharper, equally strange drawing in towards the name of this other country, "Iraq". Where Donne then sees himself as the sad world's "epitaph", Monk and Donne together say

laugh at
we their
Epitaph

Who is "dead and enterr'd"? A war, an invasion, an occupation, now lit with Donne's strange "day's deep midnight" light, a deathly light that illumines a landscape of moral action and action's consequence; falling in love, losing the world; murder and murder's attraction of ethical light.

Monk's skill in concocting a laughable elegy, where the laughter is on the edge of flesh-crawling or suffocation, ("So sweet. So Stop./ So weep. So weep / with me / all of you" – from 'The Unspeakable Softness of Flesh'), finds Donne's frame a perfect nest, as death comes, or death is unleashed, "next":

lovers
be
lovers
be
next
be
dead
be
next

The collaboration is a new vigil, a nocturnal (a form that Donne invented for this poem), cast in shadow and light, still concerned with "nothing", that the world is, that death is, that we are, that nothing is; it is "deep midnight", and there's

an echo caught
in looped
light

An affinity with death, "For I am every dead thing," is the passing measure of requiem. Goldberg, "noting that the King's courtiers at least, his son amongst them, were apparently paying attention, continues:

But I am by her death—which word wrongs her—
Of the first nothing, the Elixer grown;
Were I a man, that I were one,
I needs must know; I should preferre,
If I were any beast,
Some ends, some means; Yea plants, yea stones detest,
And love; All, all some properties invest;
If I an ordinary nothing were,
As shadow, a light, and body must be here.

"It is his love, his extraordinary, his exclusive love, which has led to this. Had he not loved he would not now be in this position; had he been content to be an ordinary mortal, an 'ordinary nothing', as he puts it, he would not still be present, a body, casting shadow, filled with light." Goldberg has fulfilled his task; a critical encounter with the poem, from a kneeling position before a King. Geraldine Monk, presenting her collaboration for "13th December 2004", writes in a particular deep midnight, "Lucie Loves Lucifer", light on light.

In a letter to the King, ten days later, the particulars of time have changed. Goldberg writes, "Let me begin by saying that I quickly found my analysis of the poem by John Donne to be deeply flawed." A closer reading, he says, reveals an entirely different poem. How close can our reading get? Until our eyes are pushing through the rows of letters, until the text is disrupted, scattered on our own new page, re-worked, collaborated with, in a cheeky love.

Rather than falling asleep with dull criticism, this time Goldberg is waking up. He writes, "The speaker describes himself as 're-begot/ Of absence, darkness, death; things which are not'. Others, he says, 'from all things draw all that's good', while 'I, by love's limbick, am the grave of all, that's nothing'."

Since shee enjoyes her long nights festivall,
Let mee prepare towards her, and let mee call
This houre her Vigill, and her Eve, since this
Bothe the yeares, and the dayes deep midnight is.

Goldberg continues, "It is true, Your Majesty, that the word 'enjoys' did not have in Donne's day the exact meaning it has for us today. In many cases it simply meant 'experiences'. Nonetheless, for Donne to employ this word at this precise juncture suggests - and the rest of the line bears that out - that Lucy is somehow triumphant in her 'long night's festival'. She has transformed the darkness into something positive, not by changing it to light, but by somehow imbuing negativity itself with a powerful life." Invoking the moment when Dante, following Virgil, looks back and sees Satan, head stuck in the ground, and realises that everything that seemed upright, was really upside down, "In Donne's poem too the speaker-poet at the end, far from having "lost everything" has lost only the world, which is now seen to be itself the true nothing, and is on the way to gaining all. By the alchemy of his poetry he has made us read the last lines not as tragedy but as, in Dante's sense, a comedy, something that will end well".

The effect of a breath onto a text; dislodging, re-uncovering. Monk and Donne write,

[Monk and Donne's sequence is also available as a pamphlet from Gargoyle Editions.]

Part of this piece is re-written from an earlier encounter with Monk & Donne.