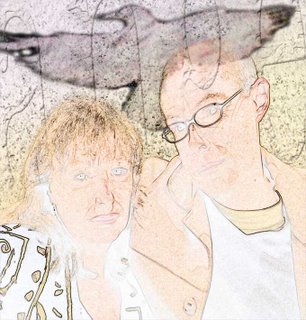 [#] from The Marian Letters at Masthead

"My heart hopes to die cleanly but my ever diminishing octaves condense into a low-throated curse. And here comes the inconsolable scratch of quill at the final loop of my signature."

So goes an old English
proverb circa 2002 written by
itself"

[#] "Has my commitment as a writer changed since September 11th ?" at Pores

"After the first stirring of a world shift an after brooding hangs on barbed memory."

[#] from Raccoon at "Intercapillary Space"

"one who lifts things up, they rub, scrub, scratch
they rub and scratch
they take everything in their hands
they touch things, they scratch
they pick up things
graspers"

[#] from Raccoon at Shadow Train

"Perspex is not the
incomparable sashay of bombé glass"

[#] "Mary Through the Looking Glass" at Electronic Poetry Review

"Delicacies girdle faux pas.
Ginger queen of subtraction
take loaf by knife—
a distemper lobed sadder
than sooner.
Escape is fraught.
Appearances bleed to edginess.
I will not a tuckle look
even through the glass."

[#] A NOCTURNALL UPON S. LUCIES DAY BEING THE SHORTEST DAY at Fascicle

[#] The Leaders and The Pack libretto

The Pack: Who's there?

"There was a moment. Is
there a word for that moment
when the plane appears to
have stopped mid-flight?"

"Medieval England was the time and place which produced embroideries of such exquisite beauty and craft that England became the eponymous hero of sacred and secular embellishment.

As I began working on the notes, the sifting and shifting towards a finished text, an extraordinary event happened: Dr David Kelly the Iraq weapons inspector and expert on biological and chemical weapons committed suicide."

[#] Mystories
"A mini-biobib of outscapes and interiors", the essay has pop-up photos, poems, documents and recordings, at the West House Books site. 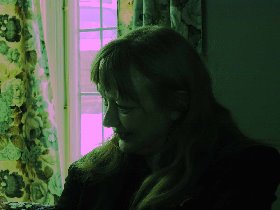 "As Blackburn and Lancashire were my only known universe everyone except the voices coming out of the radio spoke with sumptuous diphthong vowels and severe guttural 'r's'. Generally speaking women spoke more slowly and deliberately than men because they spent their days word-miming and lip-reading in the deaf-out of the weaving sheds. It meant there were two types of Lancashire accent co-existing under the same roof: one a slow exaggerated enunciation, the other much faster and elliptical"

[#] COLLABORATIONS WITH THE DEAD

"The 'olive' becomes the 'curate's egg' — good in parts. Eggs and olives taste: paeans do not make them perfect."

[#] Jon Clay reads Insubstantial Thoughts on the Transubstantiation of the Text 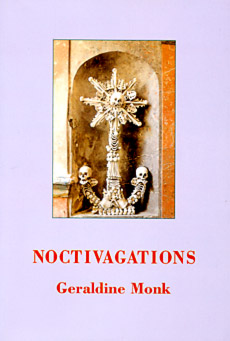 "And here at the outset of the book we find the children's TV puppet, Looby Loo"

"So, yes, I conclude that someone who insists on saying 'her maj' and talking about 'pearlies' is nevertheless someone I do take seriously."

"As an unvocal reader my 'Eye-orbs fly-wink' over the page, taunted and haunted by the text’s attempts to score that aurality into the paper."

"The book ends with the little postscript, 'Thank you for flying through the thunder', which is perfect, for that is exactly what reading it was like."

"The leading idea was to create an electroacoustic song cycle inspired by (or in reaction to) Schubert's lieder. The resulting songs share affinities with the contemporary classical art song and Archer's personal sound world. Dreamy melodies without a harmony frame, abstract electroacoustic pieces topped by words expressing strong, devastating emotions (rooted in Schubert's lyricism, the project implied a certain degree of pathos), these pieces are disquietingly charming. Angel High Wires succeeds in applying Archer's art to a different, song-oriented context, therefore making it as friendly an entry point to his work you'll probably ever find." - François Couture

Nate Dorward, in his review reproduced at the album page above, writes: "'Rappa rappa. / rappa rappa' - suggests that the answer to the desperate question "Is there anybody there?" is yes, but the piece trails off just when a response seems about to be made. The searing metallic sound - like the infinitely stretched-out ring of a cymbal - that opens 'Fusile' seals off this line of inquiry: we return to the abandoned whisperings, now spoken."

[#] Angel Hire Wires reviewed at BBC site with 2 parts to listen to online.

"Geraldine Monk's reading was billed as a "Séance": she read alternately from her own work and from a range of other poetry (with a few assists from Alan Halsey). [...] One highlight was Monk's tussle with Stein's "If I Told Him---A Completed Portrait of Picasso", reader and text locked into a battle of wits and tongue."