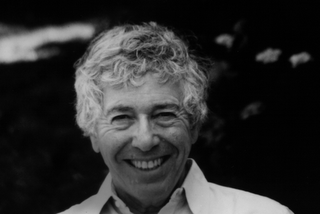 This is part 2 of a review of Kenneth Koch's The Collected Fiction. Part 1 is here.


This is a long story written in 1964, a time when Koch had got into his stride as a poet but was yet to relax into the easy splendor of works such as The Art of Love (1975). For a writer who gives the impression of superabundance, it was written during an interesting lull between Thank You and Other Poems (1962) and The Pleasures of Peace and Other Poems (1969).

The Postcard Collection occupies what is by now a familiar space: an explication of three postcards by a narrator-writer who has something else on his mind, the resulting analysis full of wild conjecture. The meaning of the antique postcard-enunciation cannot be reliably deciphered: why this picture of an old woman picking flowers in Auvergne? Was it a frail irony, a sentimental gesture, or a robust statement of love, saying that, without you, this is what it is like for me in Auvergne - bright, false, too-colorful, without depth. The written texts are fragmented and smudged, and what does this signify, "a large one"? "A kiss, perhaps, or a hug; maybe a drink - perhaps the writer was explaining that someone had given her (him?) a big glass ... of delicious local Auvergne wine". Then parts of poems, parts of addresses and signatures emerge in this fabulation:

Is there not, inside every one of us,
An "intellectual," who, when the bus
Is ready to depart, says "Do I really
Want to get on?" and makes us miss it nearly?

The effect is not as madly elaborate as Nabokov's Kinbote of two years before nor as haunted by the unspeakable as Derrida's The Post Card: the concept which Koch returns to several times is penetration. The postcard itself is an arrow, putting it in the mail box is "impelling an object forcibly toward another who may be expectant but is by the nature of the situation passive". What if we fail to penetrate life, but instead float off, even as we are ourselves penetrated by intense emotion, as the narrator is, suddenly beginning a paragraph "I love you".

The little death of a written text (postcards and poetry are conjoined) later prompts the narrator into a dialogue with poetry itself:

The essential quality of all these immortal works is that they have annealed inside them "death, time, hopelessness, all present and accounted for, Sir." Who? are you calling me "Sir," lovely poem? "Yes, Sir, we have ever treated you with respect, we great poems, but you shall die all the same. May I make your bed?" No, will you just keep handing me those postcards, please; there's a good poem. As William Blake said, "Enough! or Too Much."

Poetry is seen as "inoculation" against death, against the "air" of affection. The task for a new poet would be to encourage less inoculation and more penetration.

Had Koch read Borges' conceptually compelling ficciones? Not if an anecdote from a dinner party at which Koch sat next to Borges can be believed (both were teaching at Columbia in the 60s). Koch mentioned his story, unaware of Borges' own, and Borges replied, "Thank you for being influenced by me without having read me." Drifting off to Guadalajara: finally, The Postcard Collection shares with Ashbery's 'The Instruction Manual' a narrator who, in the process of conducting a formal literary task, finds that a sensual world is now conceived of more brightly due to present strictures.