A Poem In The Cinema Part Two 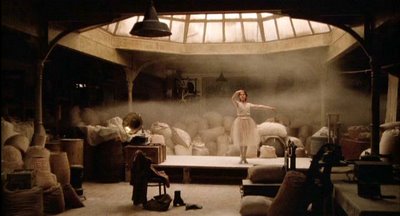 A switching style which is an archaic poise forms in the mouth yet the body remains vernacular. In the childhood sections of Sergio Leone's Once Upon A Time In America, Deborah leads Noodles back to the store-room, the practice-room, the sacred stage.

In the store-room are bags of flour, and large piles of apples. Deborah practises ballet there, and Noodles sometimes watches her through a hole, reached by standing on the toilet in an adjoining room. Deborah sees an eye in the wall, yet she continues to practise her steps as 'Amapola' plays and he sees that she has seen. It is the fifteenth day of the month of Nissan, Pesach, or Passover. On the street, people head for the synagogue, apart from two young kids, both cataloguing what the body is capable of: "You can pray here too," says Deborah, clearing a space amid the apples to sit. "Here or in the synagogue, to God it's the same difference. Come over here and sit down." 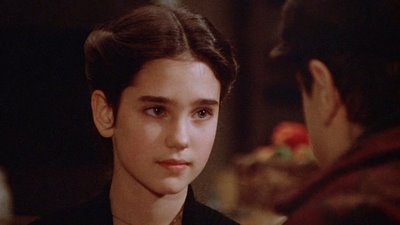 Noodles hesitates then joins her. Deborah says, "My beloved is white and ruddy. His skin is as the most fine gold. His cheeks are as a bed of spices even though he hasn't washed since last December." There are selves of switching sex singing The Song of Songs, each run into the next, cut across, impatient, exulting, wooing, knowing, virginal, cast out, locked in, knocking at the door. Mountains of spices are the case. Then Deborah continues, "His eyes are as the eyes of doves. His body is as bright ivory. His legs are as pillars of marble in pants so dirty they stand by themselves." A poem needs an archaism, Barbara Guest argued, as a support. His breath is sweeter than all the sugar removed from Coca-Cola's new sugar-free Coke; his skin dusted and ripe as the grapes of Tesco. "He is altogether lovable." 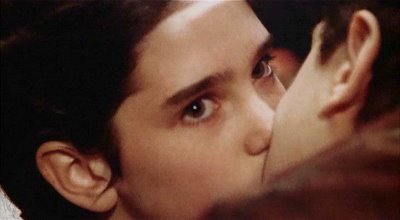 There are noises off. Someone else calls. Biology will keep you wonderful lost. All the bodies come back and the brambles also. Anybody who was dubiously everyone saying something returns dishevelled. "It's Max. I'd better see what he wants." Noodles will remember the poem and its occasion in prison; he will recite it again, decades later, on the beach, like a punishment. "But he'll always be a two-bit punk, so he'll never be my beloved. What a shame."