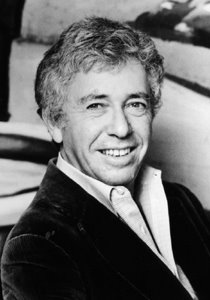 This follows parts one and two as a review of Koch's Collected Fiction.


In the opening chapter, Koch seems to regard each sentence as a window in a cartoon-strip. One sentence relates part of an event, the next one part of a different event and in a different location. Then one or two stay fixed on the same character, or do they? It's rather like this: "Bob watched the varicolored little birds pop around among the trees." Jordan Davis in his introduction describes Koch's technique (in the long poem Ko but also recognisable in The Red Robins) as a "rollicking cartoon scroll of events". These are flickering windows opening on a scroll - like a bundle of Chinese landscape scrolls. The 56 chapters often take one conceit each, a letter, a guide, a presidential brief, newspaper headlines, poems (mostly by Jim). . . Chapter 43 is 'The Stairways of Shanghai':

The "rubber" stairs and the "Banana" stairs in the market section of the town are well enough known from recent literature to need no description here."

A fabulous entertainment, then, with the recurring figures of the Red Robins themselves (young aviators, apparently Koch "tried to think of the main characters as though they were really birds. It gave [them] a certain oddness"), and the two villains of the piece, locked in immortal combat, "Santa Claus" and "Easter Bunny". This is not a fight between good and bad but between two forces of daunting joy.

In Chapter 21 Santa and his followers have a conversation with Chinese philosopher "Ni-Shu" on the subject of English-language poetry. Ni-Shu has distinct views on American and English literature: "For English is what the American 'language' or literature is being created FROM, therefore of necessity by very definition fleeing from. Much American snobbery consists in trying to be English, but the snob would be spending his time far better if he would begin being Finn or Afghan, for it is only through that path, in that direction, that he shall ever succeed in his goal of becoming English." A diversion. . .

It is no surprise to find a chapter beginning "My name is Mike, and I am a man-eating tiger." Each chapter an emerging, the novel not an archipelago so much as a generative sea of coral islands rising up and slipping underwater in quick succession. "O Eastern Islands! I believe that if there were nothing else in nature you alone would be enough to make the whole unwieldy presence of sand and onion in the universe worthwhile." Boats are constantly slipping free from their moorings. Women's breasts are shining out, "Rivers would begin to run in Russia when she laid [her chest] bare, there in the evening air." There is no distributive unity, as there is not in Orlando Furioso or, indeed, any Bumper Book For Boys one cares to study, but what remains interesting in The Red Robins is that the dotted lines of character and plot spring out and tail off, constituting an originary world being created with each new turn, the whole certainly ridiculous as it unscrolls but warmed with an exuberant care.

Rocks are displaced, there is a fresh breeze from the ocean, and the day splits into bloom after bloom.