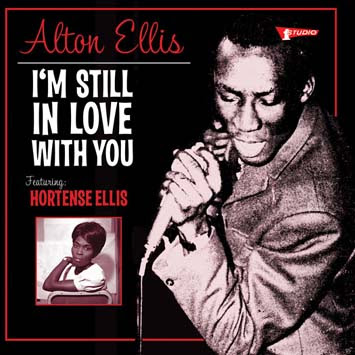 What is rock steady? Drummer Hugh Malcolm (who recorded the drums on 'Girl I've Got A Date', Alton Ellis and the Flames), explains it in Solid Foundation: An Oral History of Reggae:

I play a galloping, like a horse, on my snare, and on the bass drum I play funky and one drop in between, so it's very tricky – funky sometimes, because the one drop is the beat, but the accents sometimes are funky. When the space is there, we just put the double in it. Then I used to get a lot of fight from musicians to play sixteen on my high-hat – that's the spice on the rock steady: you play triplet, but as soon as you go in like a horse, riding and put in the sixteen, then you gotta get up and wind to this thing.

The question which Andrew Roberts raised in Eminent Churchillians (1995) as to whether Mountbatten should have been impeached over his negotiations of the India-Pakistan border and his subsequent recommendations that partition should happen as quickly as possible, tends to make Philip Ziegler's official Mountbatten biography (1985) read like a search for evidence or else a court case. In the tradition of official biographies which nevertheless support postive and negative investigation - Alistair Horne's Macmillan, Randolph Churchill and then Martin Gilbert's 8 volume Churchill - it holds up to this. For example, Ziegler singles this out:

"We are hanging on by our eyelids and it is certainly not more than even money against complete chaos."

Mountbatten amends this to:

"The general position is more grave than you evidently appreciate and we are only now beginning to turn the corner."

John Locke, in chapter VI of his first Treatise on Government, is at pains to point out that begetting a person on the one hand, and creating and designing a person on the other are of different orders; if God is King of that which He created, it doesn't follow that Parents are Tyrants (with Absolute Arbitrary Dominion) over their Children, and, as some (Nozick, Anarchy, State and Utopia, 1974) have commented on this chapter, a Government is not a parent (All must have nannies!):

And indeed those who desire and design Children, are but the occasions of their being, and when they design and wish to beget them, do little more towards their making, than Ducalion and his Wife in the Fable did towards the making of Mankind, by throwing Pebbles over their Heads. (1.54)

It becomes an image of equality (and of Copulation) conflated; the child and the parent must be equal because everyone is. Peter Laslett (Cambridge edition of the two Treatises, 1960) detects a "trace of Locke's medical studies" here, and if so, procreation and embryology are transposed on to an Ovidian moment of political, creative equality. And that equality will contain elements of subjection - e.g. not being able to feed oneself - without the essential freedom being any the less.