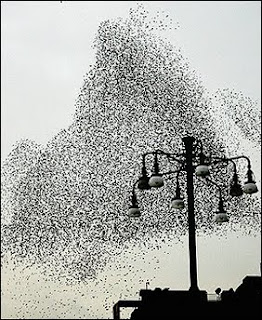 september 2003. we were wondering why the poets were silent
we: children’s books, whisky, record shops
bombed orchards, paracetomol, refugees, circuit boards
the sun, god of fire
there we have a series of verbs. they pass to & fro as if no-one had seen them.
they go in and out of random houses. signal towers. border towns.
the course of study is that simple
the legality & opacity of poets
the noises scratched into them. real constellations: beggars, economy, detonation
december 2009. a review of the year
a hell for the hands, for the hair, for the mouth, for the law. an entire symphony
360 degrees. supernatural sobriety of discontinued nouns
the reservoir at dawn
direction multiplied by velocity. glimpses of improbable harmony