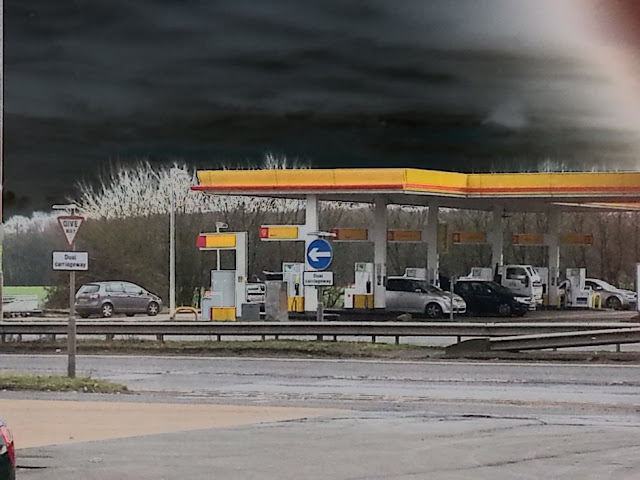 Yesterday's virtual ramble began, I think, by searching for online poems by Jennifer Cooke. She's a poet I've slowly got more curious about, e.g. most recently from reading the anthology Out of Everywhere 2, which contains her South Mimms Motorway Services poem, or 11/12 of it anyhow. In the past I've always ended up being put off by reports of her attack on self-improvement books. This time I decided to press on regardless. I'm glad I did. I discovered for instance her enthusiasm for Freud's Interpretation of Dreams, which I totally share.

The South Mimms poem "STEEL GIRDERED HER MUSICAL" is in part violent fantasy-narrative somewhere between W.H. Smith, Starbucks and the toilets, somewhat recalling the McDonalds episode in Keston Sutherland's Stress Position. This, and other poems that I've previously read online, are high-energy, brutal and grimy; at least that's how I've read them, but it might be a misrepresentation. They were collected in * not suitable for domestic sublimation (Contraband Books, 2013).

Review by Claire Hurley in Shearsman Magazine, who instead emphasizes the comedy:


but stories won’t leave edges
alone days lived without understanding
always a finger tip’s reach out of hers
why it is more tales come snap saturation
more brokenbabiesandcriesandlegsrunning
you
have
a
hand
full
of
my
hair
stretched taut she lies floorward thinking beyond image or symbol to colour’s uncertainty
and three others intact stand one squats looking to not touch yet at the vulnerable surface
telling the day’s sun into aches and eyes floppy this time rinsed still without conviction
veined redness tints her in-looking for the others around near here perhaps without a
torch on the ward she shudders into stillness.


Cooke has since published another poetry book in a very different mode, Apocalypse Dreams (Sad Press, 2015).  [Since then, the apocalypse seems to be picking up pace. But Cooke was already contending that we were in it.]

Andy Spragg interview with Jennifer Cooke about Apocapalypse Dreams (Datableed magazine). The poems are all real dreams dreamed by Cooke. They are apocalyptic as in: they are dreams about the final moments, the end of all things.


The work originated in her DPhil work about the Plague, beginning with Defoe's Journal of the Plague Year.  Studies like that give you vivid dreams. The book that came out of those studies is Legacies of Plague in Literature, Theory and Film (2009). You can read quite a lot of it thanks to the Amazon Look Inside! feature. The first page of the introduction had me hooked.

The last epidemic of Plague in western Europe was in 1720 in Marseilles. It has since remained as a gruesomely memorable metaphor for afflictions that are perceived as indifferently smiting a whole population; in contrast to the way that most people perceive diseases such as cancer or Alzheimers, as a disease that strikes down an individual. (Though, to be fair, cancer has a rich metaphorical life in our culture too; but it has a different set of connotations.)

Sometimes the afflictions that are compared to a plague are demonized groups within (or seen as parasitic upon) society, e.g. "Plague" has been used to stigmatize groups such as Jews, gays, migrants..

Cooke also edited and introduced Scenes of Intimacy: Reading, Writing and Theorizing Contemporary Literature (2013). You can see a PDF of her excellent introductory chapter via Academia. The intimacies are about sex, mourning, death and other things that are difficult to talk about.

Here's a more complete list of publications. As of December 2016, there's a couple of interesting ones that are still going through submission. 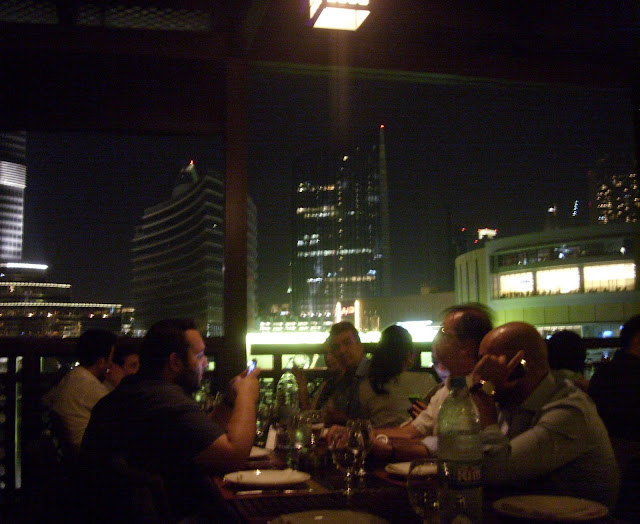 NOTE 2: murky and still in a cradle of watery poison 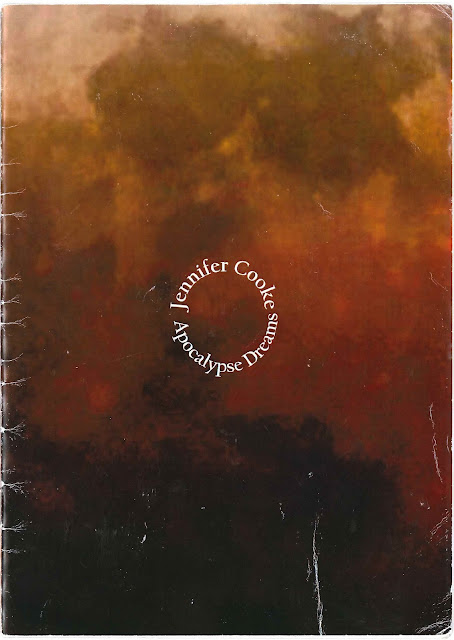 There are not many alternative-poetry pamphlets that I could genuinely say I wish were longer, but this is one. Cooke's twelve poems seem to be over in a rush, not so much because of a paucity of text as because of the reader's greed for these euphoric/catastrophic narratives.

Basically, they are accounts of dreams that have an apocalyptic premise. Apparently based on notes of true dreams by the author, but rendered in different forms.

New apocalypse dream: there is an apocalypse. I am at work. The only way to avoid the apocalypse is to apply for study leave ....

how shit would it be if the end of the world
was a rave in the snow. yet here it is. muddy
snowy footfalls & loud music & stoned eyes
with drugs generated from beetroot compounds...

That's how two of the pieces begin.

Here are some of the euphoric lines:

Rain here does not clean; it muddies; we feel this as
justice.

We are bloodless; shit fish.
And it is just water coming down on people.

That there are only minutes left. Our knowledge is
incommensurable. We are happy.

a waterfall of effluence tumbling
people with everything else how
far can it fall off the edge of this
city...
...can it be fun to surf before you die
in sewage washed to the end the...

In the seas a block of salmon fillets floats high as an iceberg, rearing above our deck, enormous and pinkly soft at the edges -- you could cut off your dinner, but it's diseased.

I would also have liked to quote the bit where they're hiding in a squat in Brighton trying to recharge their phones -- the apocalypse has become an irritation.  ... but anyway this is as much of an idea as I can give you in one post.

Dreams are a release of fiction into the aridities of art.

Dreams (genuine ones) are overdetermined. Cooke (a big Freud fan)  has allowed the overdetermination to flow into her poems. So the book is somehow a fond autobiography of childhood and adolescence and even university common rooms at the same time that it is an alarming dredge into the sub-political globalized mentality of 2015, and a captious view of social behaviour when we're not dreaming.

The hilarity in the book comes from reason confronting the irrational. Sometimes reason is demolished by it, and sometimes reason wins small petulant victories.  In the end Apocalypse Dreams aligns itself with that shrinking part of the population that is still educated and intelligent. It is enlightened.

The apocalypse is inevitable defeat. We are all in a slow apocalypse and must one day face that defeat: the time when it seems better to let go than to struggle, the time when we know, in office parlance, that we are "fighting a losing battle". Cooke's poems witness both the relief and the dread of that release.

But it's not just or even mainly about individual demise. Even before 2015, and acceleratingly since, much of our world has perceptibly begun to behave more like rats in a hot cage. Apocalypse Dreams feels like a useful guide to our times.

[This Intercapillary Space piece adapts a couple of posts from http://michaelpeverett.blogspot.com, Dec 2016 / June 2017]
﻿