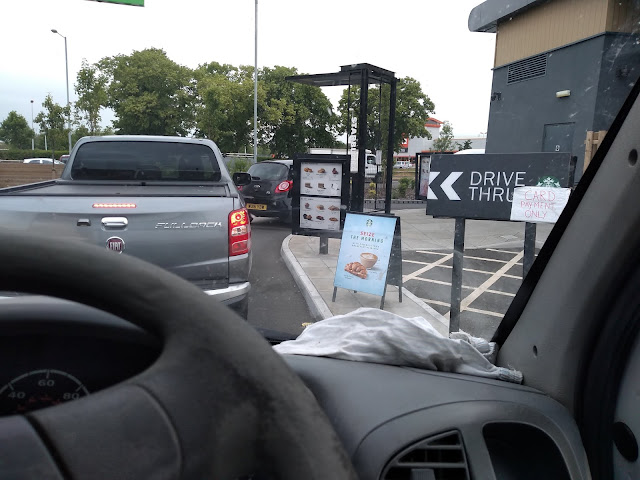 The Penmanship of Trees


To take these lines, however flimsy,
hurl them at the white shrouded sky.
Animal musk absent
from the pelts of boughs

Penetrate
the white
a gluten-
Nodules that line my throat

To cool the number of damp beads in this morning’s wind, smell the leaves and
woodstuff it edged around and bore into all night; no one saw. A stalk of tree branches
rocks behind the porch.


(Poem by Shira Dentz, from how do i net thee (Salmon Poetry, 2018). I'm hoping it's OK to quote it in full, since it's already available on Salmon Poetry's own site.)

"The Penmanship of Trees" isn't quite as peaceful as its title. There's a violence to "hurl" and "penetrate"; a moral trouble in a word like "amnesiac". It's a nature poem but not in a sense that excludes human concerns. The words "my" and "no one saw" are peopled. Of course it makes sense that the incessant overnight scribbling and scattering of the trees were unseen by any humans, it's a thought that can provoke a gentle meditative wonder. And yet the italics seem to say that this isn't just calm meditation, we want to ask: What 'no one'? -- as if we sense an unstated someone.

Shira Dentz is an author who willingly courts the term "hybrid". She began as a graphic designer working in the music industry, and you can see that background in the remarkable care given to the presentation of how do i net thee; its jacket, title page, the intricate typesetting and visual layouts. Some of her other books, such as door of thin skins (2013, about psychological abuse) and Sisyphusina (2020, about women's aging and beauty) intermix a lot of documentary and fictional prose. These books admit content in a way that much experimental poetry doesn't; in other words, the kind of content we're inclined to call "straightforward", though the books themselves show how "straightforward" isn't an adequate description.

"The Penmanship of Trees" is indisputably a poem, but even here you can see the careful hybridity; the switch to prose at the end, starting again from the same word "To", is a change of tempo and a change in the mode of thinking, but what strikes us is more the development of the poem's statement than its cancellation. A confidence that multiple modes is the only way to get to what she needs to say. 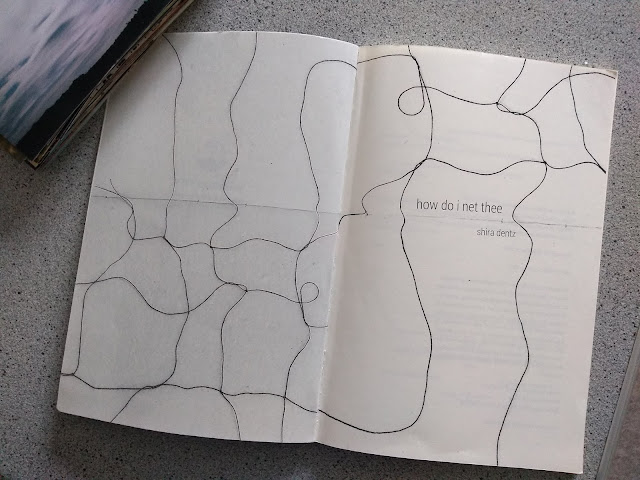 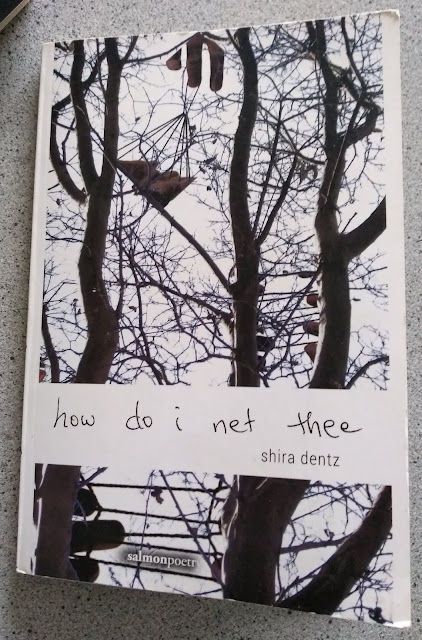 Considering it's just 11 years since her first published book, there's already a mass of online writing about Shira Dentz' work. I've only read a small fraction of it, but here's some things I found particularly interesting:

Hanna Andrews' Omniverse review of how do i net thee:
http://omniverse.us/hanna-andrews-reviews-shira-dentzs-how-do-i-net-thee/

Pepper Luboff's interview with Shira Dentz, mostly about door of thin skins (2013). (PL was also the creator of the brilliant jacket of how do i net thee, shown above.)
http://omniverse.us/pepper-luboff-interviews-shira-dentz/

Shira Dentz' new book Sisyphusina has just been published (April 2020). An extract was published as FLOUNDERS in 2016, and this is available online:
http://www.essaypress.org/ep-62/
Koh Xin Tian's interview with Shira Dentz about the technicalities of producing FLOUNDERS:
http://blog.pshares.org/index.php/flounders-an-interview-with-shira-dentz/

My previous glance at how do i net thee:
https://michaelpeverett.blogspot.com/2020/02/a-couple-of-weeks-ago-i-felt-fed-up.html