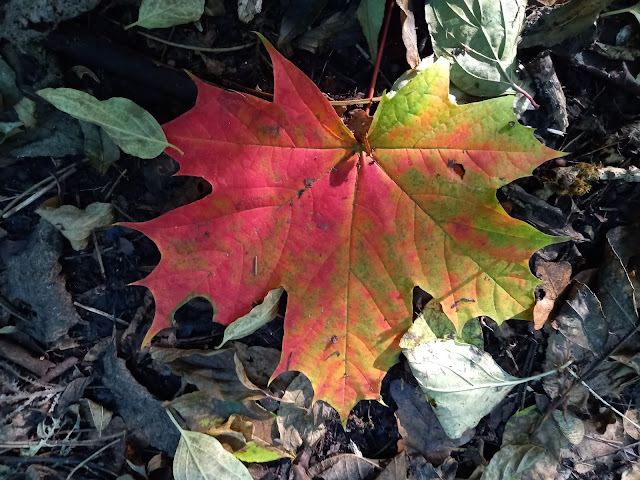 Makeup
My mother does not trust
women without it.
What are they not hiding?
Renders the dead living
and the living more alive.
Everything I say sets
the clouds off blubbering
like they knew the pretty dead.
True, no mascara, no evidence.
Blue sky, blank face. Blank face,
a faithful liar, false bottom.
Sorrow, a rabbit harbored in the head.
The skin, a silly one-act, concurs.
At the carnival, each child's cheek becomes
a rainbow. God, grant me a brighter myself.
Each breath, a game called Live Forever.
I am small. Don't ask me to reconcile
one shadow with another. I admit—
paint the dead pink, it does not make
them sunrise. Paint the living blue,
it does not make them sky, or sea,
a berry, clapboard house, or dead.
God, leave us our costumes,
don't blow in our noses,
strip us to the underside of skin.
Even the earth claims color
once a year, dressed in red leaves
as the trees play Grieving.
(Poem by Dora Malech, published 2007. Poem Source ; one of eight Dora Malech poems (currently) on the Poetry Foundation site.)
It's a poem that both smiles and weeps. The spectrum of emotions is like the rainbows on the children's cheeks. 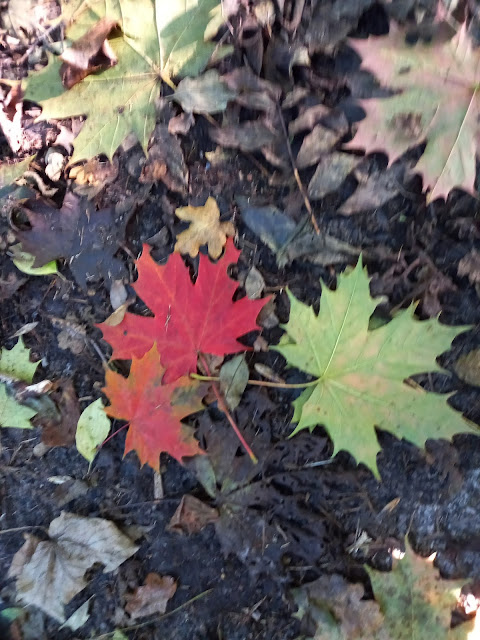 I suppose "Makeup" classes as quite an early poem. Dora Malech has now published four full length collections:
Shore Ordered Ocean (2009)
Say So (2010)
Stet (2018)
Flourish (2020)
Yet her attention to subtleties of sound and form is already in evidence, in such little collocations as  "rabbit harbored" or "brighter myself". The reader becomes highly sensitized. The effect in the end is not elegiac, though there's the weight of an elegy within. More like questing, inquiring . . . 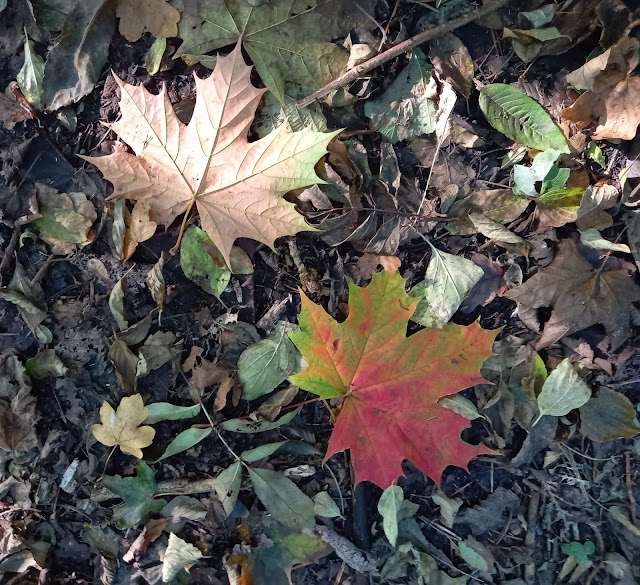 Here's some other Dora Malech poems I've come across online:
"Aleph, Bet"
https://poets.org/poem/aleph-bet
"To the You of Ten Years Ago, Now"
https://www.newyorker.com/magazine/2013/05/06/to-the-you-of-ten-years-ago-now 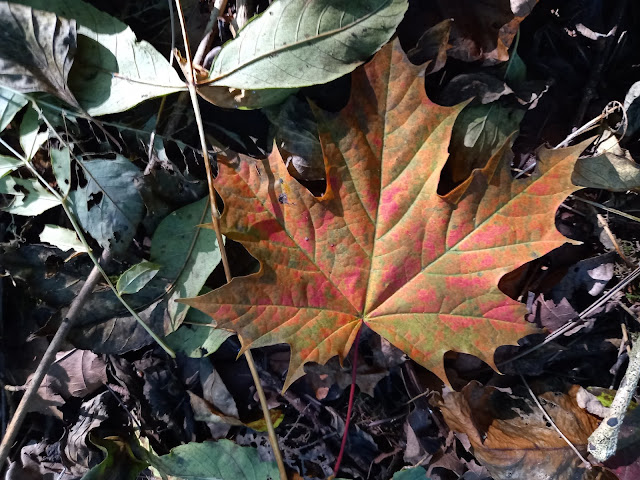 Stet
Last meme down: to off our inner faith in
lit ions, amen (fin), fume of tore and throw,
stone hid unfelt, from “we” (from an “I” to an “I”).
Nil with rot, a minute off deforms an eon
of meat run low, no foment, a tired finish,
mere sunlit affair. Oh, to find moon, went
wet at dim. Afternoon sinner, hum if fool
is true of mow, of annihilated front-men,
stunt-man, of him, an indoor Eiffel Tower,
non-sonata writ mute. For me, no HD life. If
radio, some worn tune. Then, main lift-off:
off-line, not no raft, I swim out here. Damn
if’n I wasted no moment of hurt on a rifle.
Old “No room at the inn,” i.e., FU. Warn: stiff me
One time, shame on, off, until worn adrift.
Must we fail in one form to find another?
(Poem source:
https://pen.org/three-poems-by-dora-malech/ .)
One of three anagrammatic poems. In this one, all the lines are anagrams of each other.
To some, Stet (2018) appeared to be a step too far.
Dora Malech is such an inquiring poet that she deserves inquiring readings: that is, off-message ones. For instance, Despy Boutris's interesting review of Stet, which takes up Tony Hoagland's questioning of "experimental" poetry and feels, while appreciating its ingenuity and artistry, that Stet is "insular".
https://gulfcoastmag.org/online/blog/in-stet,-dora-malech-makes-her-entrance-into-experimental-poetry/ . I respect that conclusion, but I can't simply agree with it. I find a new world in constrained poems like this, a by no means uncommunicative or unsharing one. (Incidentally, these anagram poems remind me of Gale Nelson's magnificent This Is What Happens When Talk Ends (2011), which I wrote about here: http://intercapillaryspace.blogspot.com/2016/12/gale-nelson-this-is-what-happens-when.html . And yet the two poets create effects from their constrained approaches that are as notable for dissimilarity as for similarity.)
On the same topic, Andrew Wells reflects on the poem "THEN READING  IN THE GARDEN". He's apparently no fan of OuLiPo (whose aesthetic, he thinks, is too obedient to self-imposed constraints), but he responds more warmly to the formal procedures of Stet, characterizing it as rebellious rather than obedient: resistant to the dehumanizing structures of our time (e.g. Big Tech) and engaged with the constrained resources of the natural world.
https://theinterpretershouse.org/reviews-1/2019/12/2/crisis-an-engagement-with-dora-malechs-then-reading-in-the-garden
The final line of "Stet" was quoted by Jane Lewty in the title of her 2017 collection: In One Form To Find Another. (Which I recently touched on here: https://michaelpeverett.blogspot.com/2021/08/dossier-1-its-year-of-less-than-half.html .)
I imagine that this final line was the line that supplied the letter pool for all the others: in other words, the only line written without anagrammatic constraint. I'm all the more impressed that, in the poem's other lines, the poet manages to discover "no room at the inn" and "Eiffel Tower", or contrive "annihilated front-men" and "afternoon sinner".

From an interview by Marlo Starr with Dora Malech and Jane Lewty (2019):
https://theadroitjournal.org/2019/06/20/must-we-fail-in-one-form-to-find-another-a-conversation-with-poets-jane-lewty-and-dora-malech/ 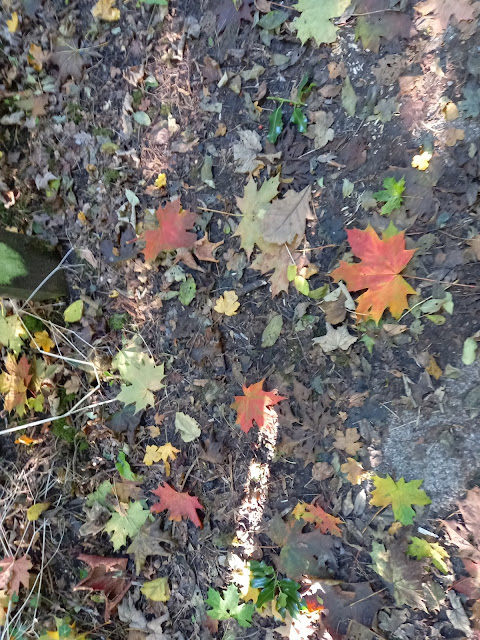 Flourish has had lots of reviews and accolades. Here are four reviews that stood out for me:
John James*, diving very deep into some of the texts and bringing out some of their wonders:
http://thescores.org.uk/on-flourish-by-dora-malech/
(*US poet, author of The Milk Hours (2019) -- not the Cambridge poet John James (1939-2018).)
Jane Huffman, on what distinguishes Flourish from its predecessors, and on its political currents:
https://iowareview.org/blog/dora-malechs-flourish
Shannon Nakai, acutely suggesting that one of the book's "answers" is about how language can't deliver the meanings we really need.
https://heavyfeatherreview.org/2021/03/29/malech/
Michael Quinn's review has a perspective that lies beyond the poetry world; the emphases are refreshingly different:
https://www.theliteraryreview.org/book-review/a-review-of-flourish-by-dora-malech/
Here's a poem from Flourish that I suppose illustrates what Dora Malech has called its conversational aspect.

Country songs
My man does his crying on a fast horse.
I do my best dancing with strangers.
The child screams through the moment
of silent prayer, says “It’s a free country,”
says “You and what army_.”_ You can’t
trespass on a river, you’re only in
the wrong when you step out of it
into this field. All false hopes translate
to just beginnings. There was no grace
of God. I went. No secret that the sun and
moon have always slept in separate beds.
Gives some steel, steals some time and
calls it “borrowed,” bruises and calls it
“something blue.” A red bird, a yellow bird,
not in the same hour’s frame but close
enough for their color together to make
a kind of ringing. I thought he brought
the water from the spring but he’s still
bringing. I delegated. My job is waiting.
Is drinking water. I’m learning to say
“It’s a free country: this army, but not me.”

(Poem source. Published in The New Yorker (15 August 2011).)
As we read through the poem, its context pulses like a pupil, narrowing to the American (country songs, free country) and dilating to the extra-national: a viewpoint from which a "country" implies the political entity we call a nation state; a piece of land delimited by borders, where you may or may not have permission to be, and where citizenship involves assent to laws. When people use the expression "It's a free country", that's a jocular way of saying "No need to ask for permission, do whatever you like". It means the same thing as another expression we use (in the UK anyhow), "Knock yourself out". But the poem shows us that "free country" is really a contradiction in terms, that a modern country is always a system that administers constraints and exclusions.
Well, I'm responding to only one aspect of a couple of lines. Maybe I could also propose that the lines about the birds and the spring water are about, respectively, the arbitrary framings and the fantasy-myths that are involved in the imaginary conception of a country. But with the reservation that the poem is probably about a whole lot of other things that I'm neglecting.
(For what it's worth, Shannon Nakai and Michael Quinn seem to take this poem in a similar spirit.)

America is this correct?
I'd better get right down to the job.
It's true I don't want to join the Army or turn lathes
in precision parts factories, I'm nearsighted and
psychopathic anyway.
America I'm putting my queer shoulder to the wheel.
(Allen Ginsburg, end of "America" (1956).)

(Interesting to compare this poem with "Cry Unto Country", from Stet. Dora Malech has said that the very different collections Stet and Flourish were composed alongside each other, the constraint of the former generating the volubility of the latter.) 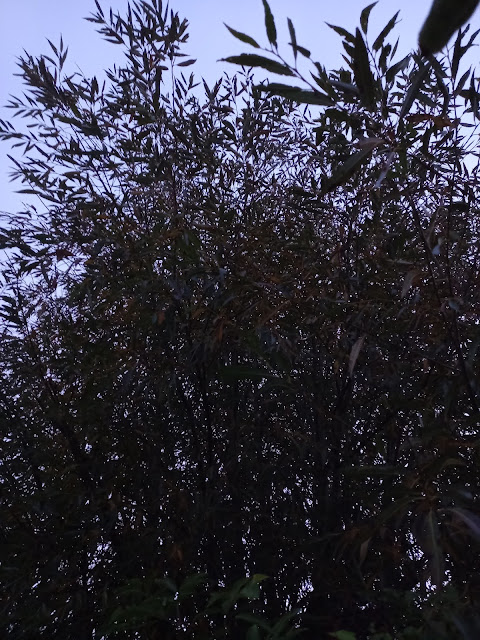 I'm unwilling to leave this post without quoting another poem I've been admiring, though I do have a feeling I'm quoting a bit too much. I don't think this one is in any of the four collections listed above.
Niqqud
A real reader would find
the vowels expendable,
mere diacritic spoor
on a path worn right
to left by sacred sense,
but I still cling to handle
and doorknob, lurch
stone to stone without
seeing the stream, pick
at each spot until it scars—
paw print, dead-end road,
bullet hole, ball falling
down the stairs, distant
planet, dropped crutch—
I can’t even remember
their names, except shva,
which sticks somehow:
a dot on a dot like a colon
preceding explanation,
though it falls un-followed
here, un-sound or nearly,
deferral, demurral, rest or
restlessness, catch in
the throat at a question
I can’t begin to ask.
(Poem source.)
[Niqqud is one type of diacritic in Hebrew. I didn't know about it, so apologies if I say it wrong. But basically it's a system of mainly dots (hence "spoor", "stone to stone", "spot", "bullet-hole". . .) showing the vowel value that follows the annotated consonant. The niqqud system is now not used in many contexts, not least because some of the traditional niqqud values don't represent how the vowel is actually pronounced today, but are considered too hallowed to be changed.]
The poem evokes and eventually goes into the throat and makes the sounds of someone stumbling through an unfamiliar language in an unfamiliar script. Like a toddler learning to walk, clinging to handles of doors and cupboards that might easily swing open and deposit us on our backsides.  I suppose the "question" connects up with Shannon Nakai's "answer" and with the word I kept using, "inquiring". I suppose the poem's a question about questions, with more than a glance at the Book of Job. 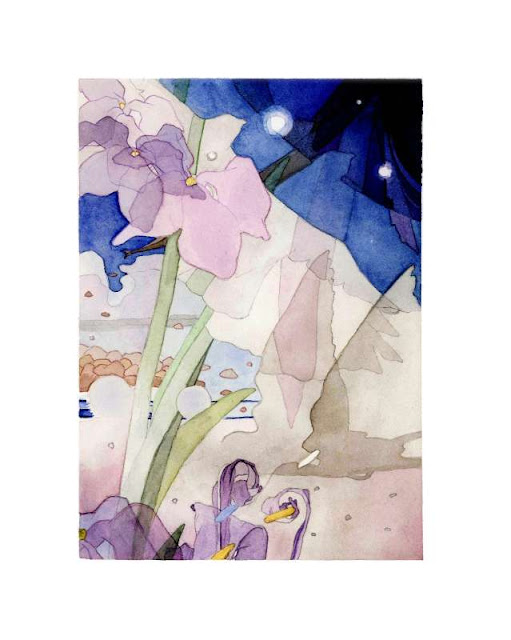 Dora Malech also makes visual art. This one, I think, is called Safe Passage I. Image source: https://www.doramalech.net/art.html , where you can see lots of others too.
Permalink